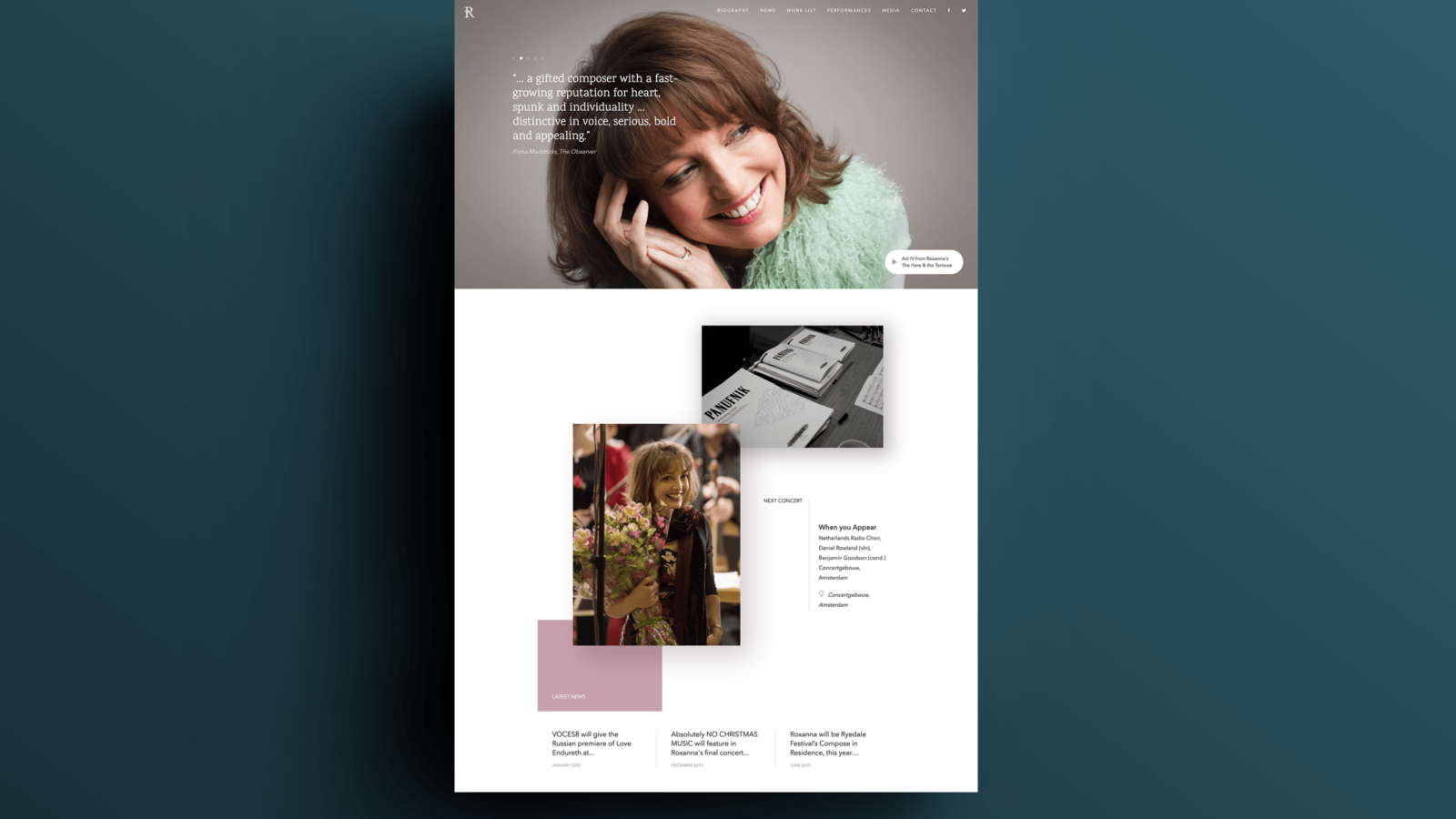 We have worked with Roxanna developing her online presence for the past 10 years with the latest site being the second version we’ve developed to match her ever expanding role in Classical Music.

Roxanna has a great love of world music – this has culminated in her “Four World Seasons” for violinist Tasmin Little, the world premiere of which was picked by BBC Radio 3 to launch their Music Nations weekend, celebrating the London Olympics; her multi-faith Warner Classics CD “Love Abide” and “Dance of Life: Tallinn Mass” for Tallinn Philharmonic, commissioned to celebrate Tallinn’s reign as European Capital of Culture.

She is especially interested in building musical bridges between faiths and her first project in this field was the violin concerto “Abraham”, commissioned for Daniel Hope, incorporating Christian, Islamic and Jewish chant to create a musical analogy for the fact that these three faiths believe in the same one God. This work was subsequently converted into an overture for the World Orchestra for Peace and premiered in Jerusalem and London under the baton of Valery Gergiev, in 2008 and at the 2014 BBC Proms.