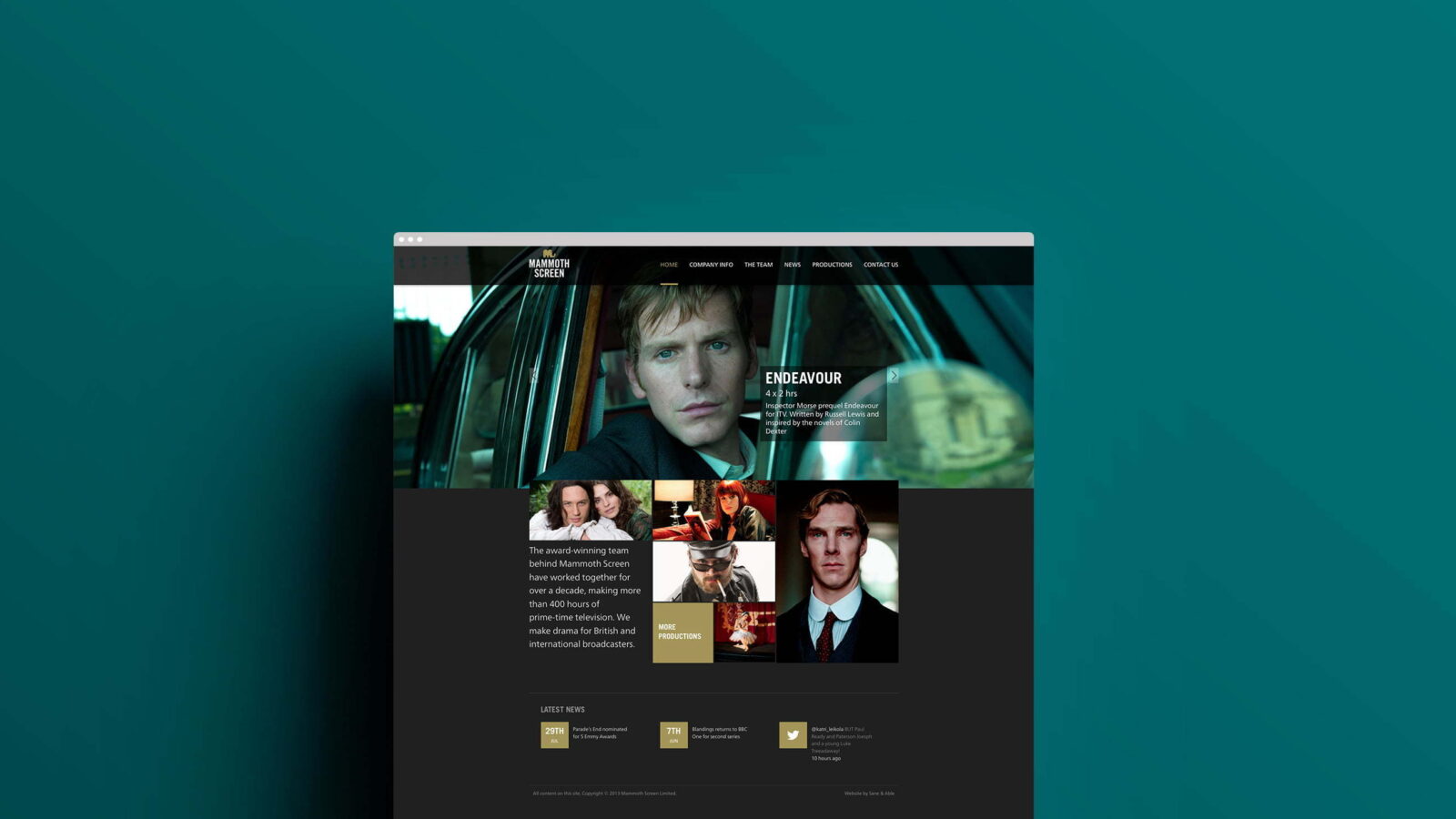 Mammoth Screen is a television production company based in London and Belfast. We make high-quality, writer-led dramas and comedies for British and international broadcasters.

Mammoth Screen is one of the UK’s leading production companies. Current and forthcoming shows include POLDARK series 5, NOUGHTS AND CROSSES, THE WAR OF THE WORLDS, THE ABC MURDERS , WORLD ON FIRE and THE SERPENT for BBC1, ENDEAVOUR series 6, VICTORIA series 3, VANITY FAIR and SINGAPORE GRIP for ITV. Mammoth Screen is an ITV Studios Company.