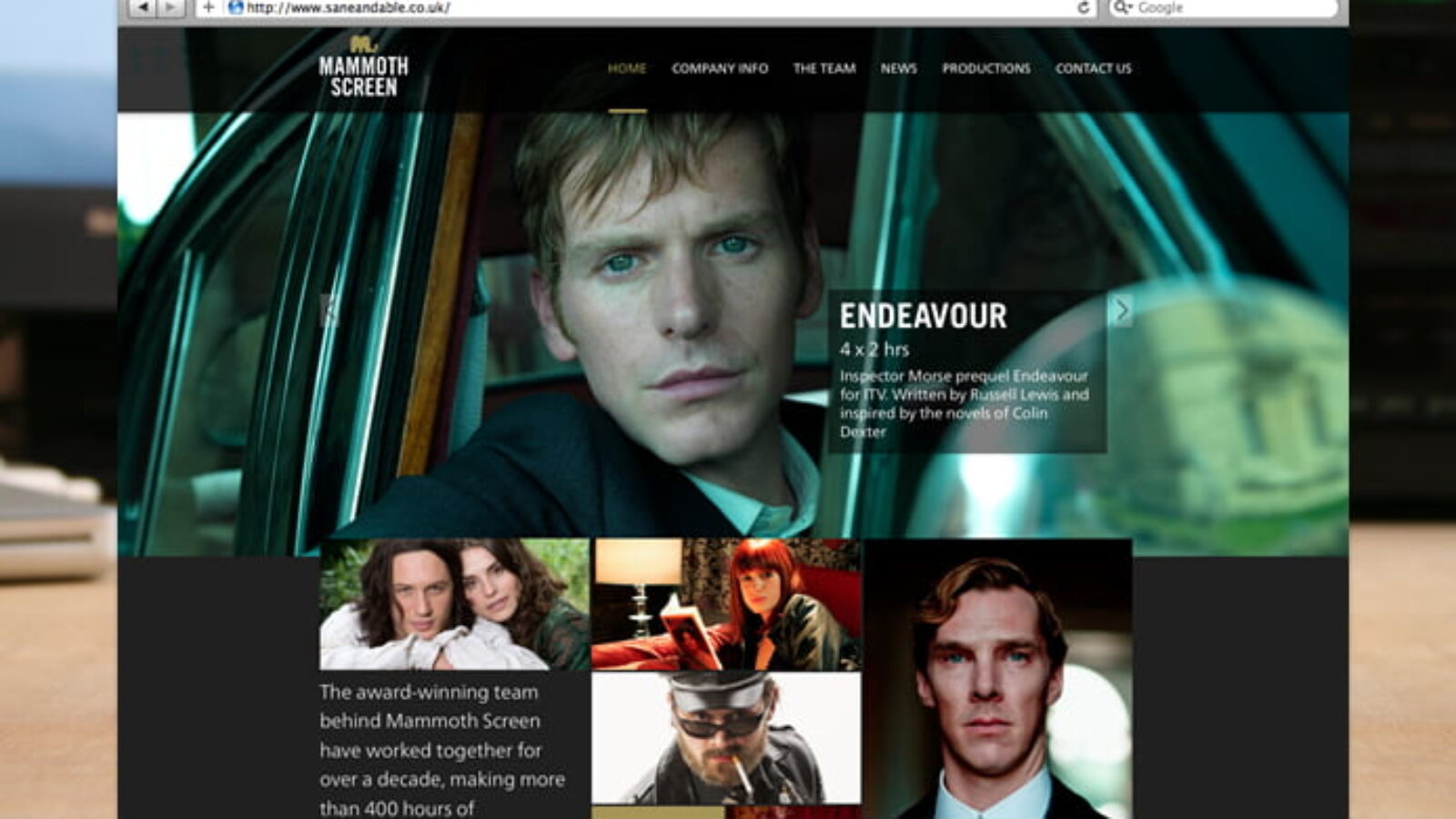 Only six years old, Mammoth Screen has quickly become one of the most exciting and talked-about indies in the UK. They make high-quality, writer-led dramas and comedies for British and international broadcasters.

Mammoth approached Sane & Able to design and build a new site which dynamically showcase their productions in a fresh and interesting way for potential clients, utilising their video and image content and also allowing them to update every aspect of the site in-house.

Recent productions include the lavish period drama Parade’s End, written by Tom Stoppard and based on the novels of Ford Madox Ford (BBC Two/HBO), Inspector Morse prequel Endeavour, written by Russell Lewis and inspired by the novels of Colin Dexter (ITV), P.G. Wodehouse comedy Blandings, adapted by Guy Andrews (BBC One), medical drama Monroe from the pen of Peter Bowker (ITV) and Falcón based on the novels of Robert Wilson (Sky Atlantic/Canal+/ZDF). 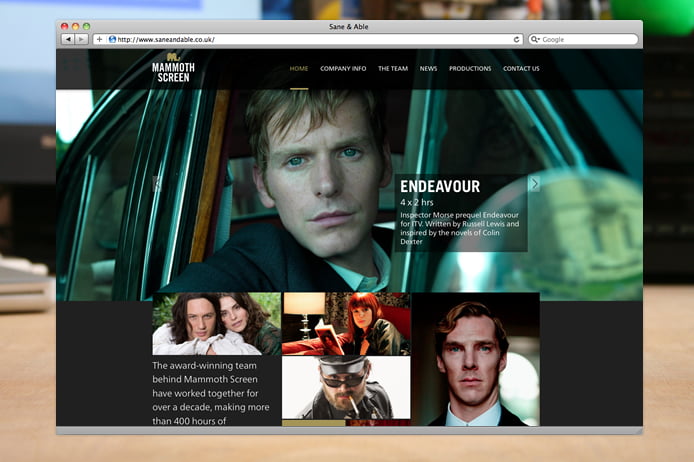 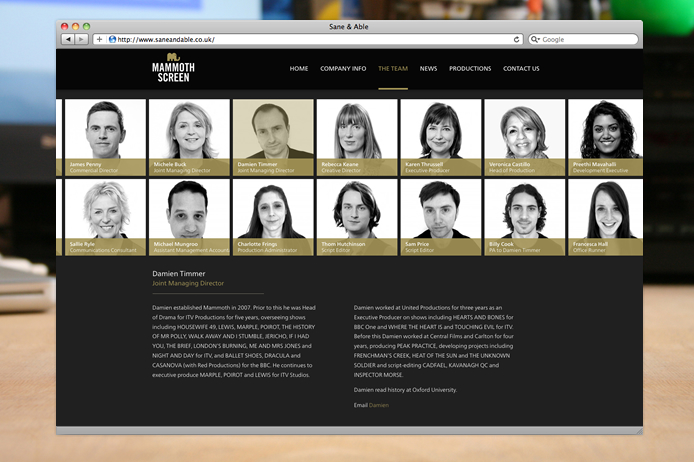 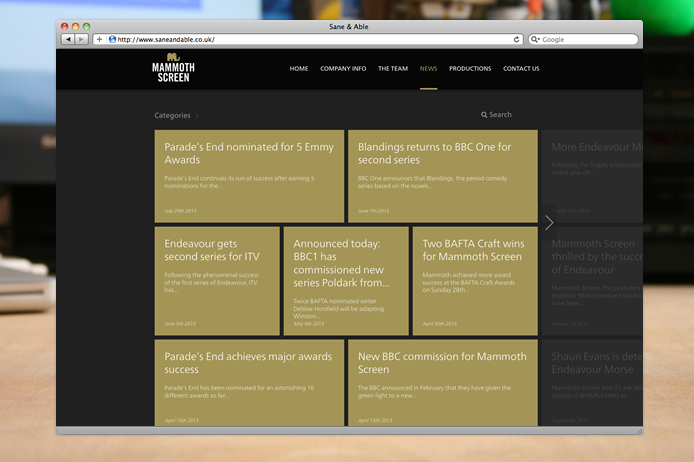