Sane & Able created an exciting competition and ‘check-in’ venture in collaboration with Kings Place, a hub for music, art, dialogue and food situated in the heart of London’s Kings Cross in an award-winning building.

‘King of Kings Place’ offers a fusion of a social ‘check-in’ technology and traditional competition, utilizing both digital and physical formats. We have teamed up with WildKat PR, the press company for the festival, to come up with an inventive and original way to get people to attend the Kings Place Festival between 8-11th September, encouraging them to explore the building and the events it offers.

The festival is a four day extravaganza combining art, spoken word, music and dance, as well as food demonstrations. Now in its fourth year, the festival is expected to attract around 10,000 visitors in 2011. The aim this year was to expand the reach of the festival and help people to discover the events happening further into the Kings Place autumn/winter season. It is also an opportunity for visitors to explore the other performing arts spaces at Kings Place, which perhaps they would not have visited before.

The concept of ‘King of Kings Place’ begins as a ‘check-in’ competition based around the venue as a whole; we have chosen six points around the venue that may be of particular interest to visitors. Participants are encouraged when they first enter the building to collect a ‘check-in’ card which they then use to collect ink stamps. They can also use the web application ‘foursquare’ to digitally ‘check-in’ and register their location at Kings Place Festival. A number of prizes can be won by exploring the venue and collecting all available stamps, or by checking-in on a smartphone using ‘foursquare’. Our goal was to create an interactive experience whereby visitors could explore the venue with the aim of being crowned ‘King of Kings Place’ and receive the exclusive prize of a pair of season passes for Kings Place.

We did not want to limit the competition to only those visitors in possession of smartphones – the traditional card and stamp method is a fun way to involve all members of the family, and the colourful crown stamps will doubtless provide entertainment for younger children (and older children too!). The concept of collecting items as you travel around the venue is our idea of a grown-up treasure hunt. Users are encouraged to upload photos of themselves sitting upon a large throne at the entrance to the venue on social media sites facebook and twitter.

Sane & Able created both the concept and supporting graphics in collaboration with WildKat PR. A selection of printed visuals are spread out across the venue, from signage, wall and floor vinyl, stamp cards, exclusive icons and even the rubber stamps themselves which have been designed in crown shapes to reflect the ‘king’ element of the venture. 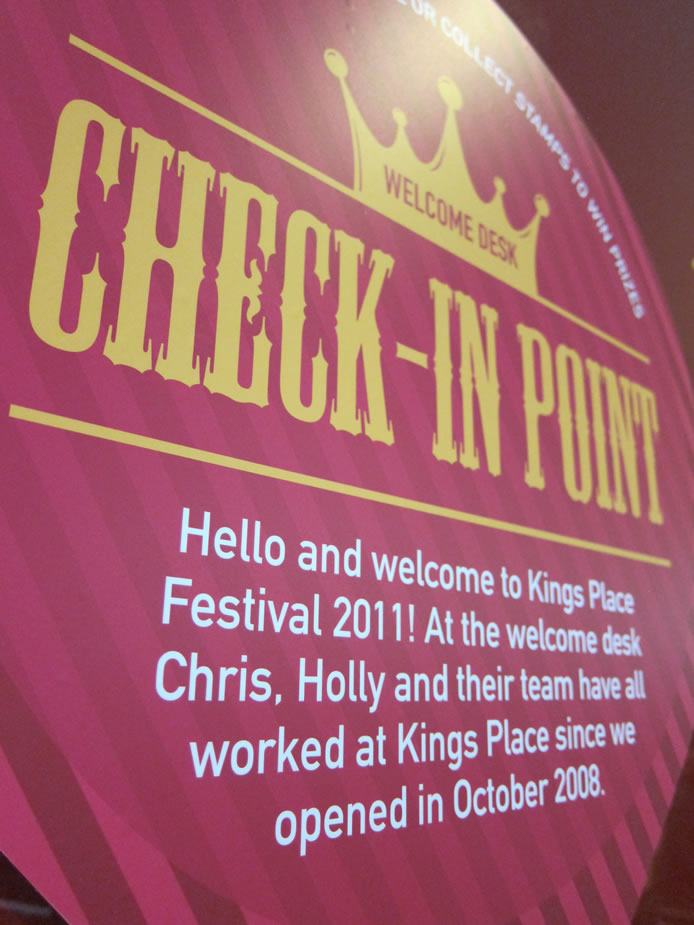 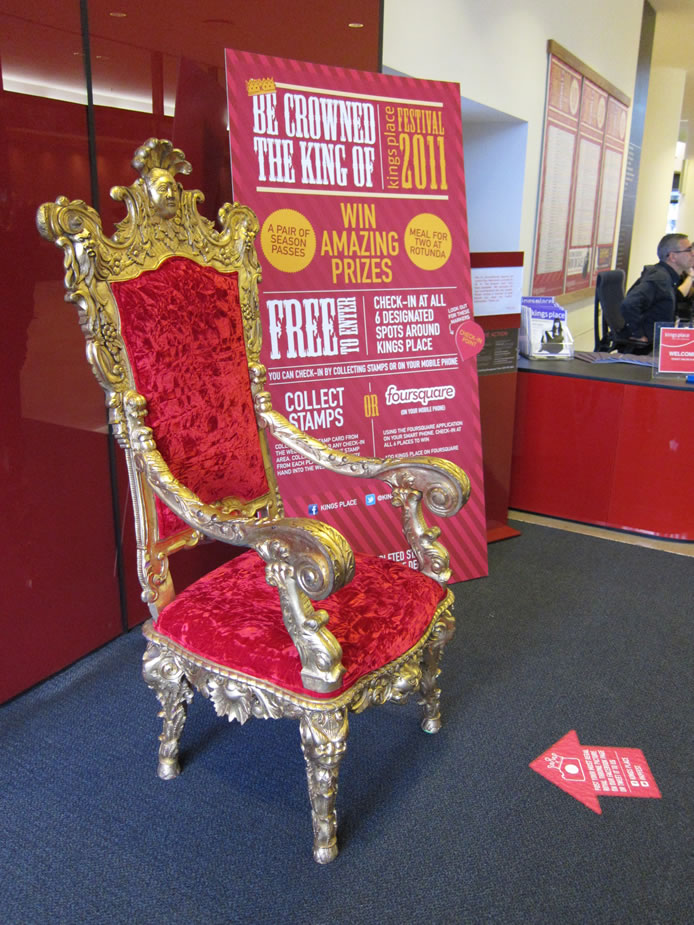 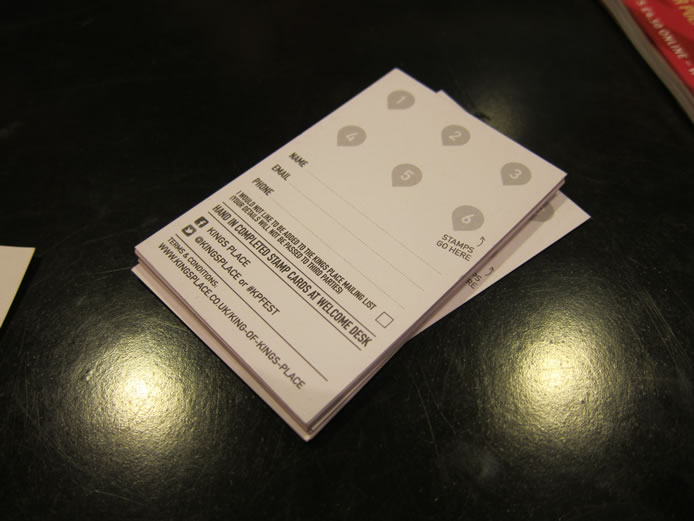 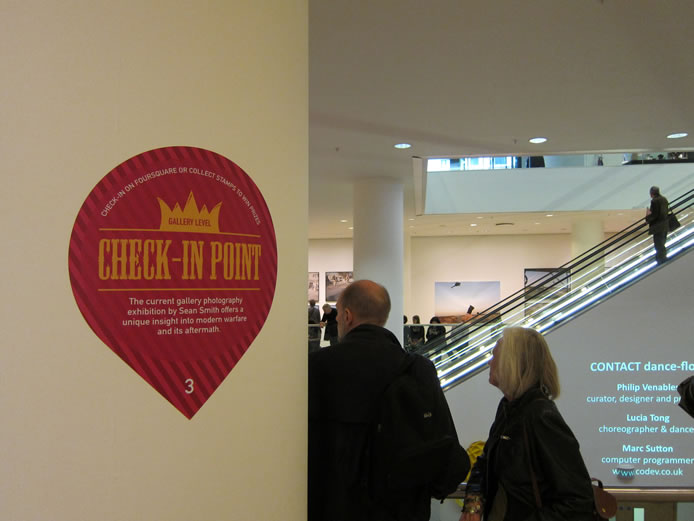 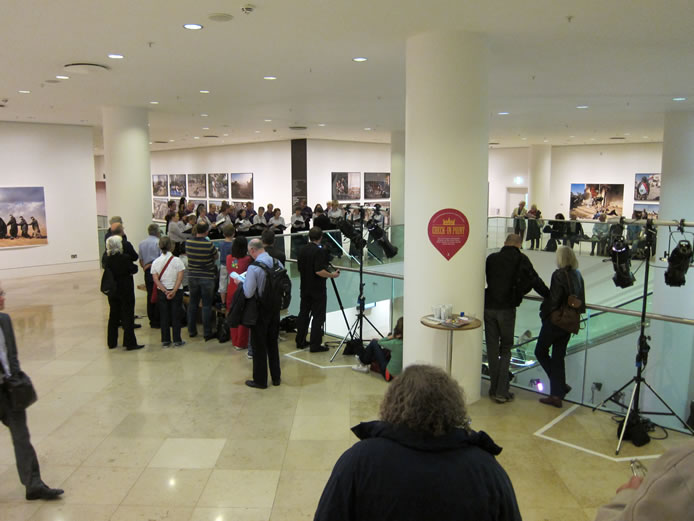 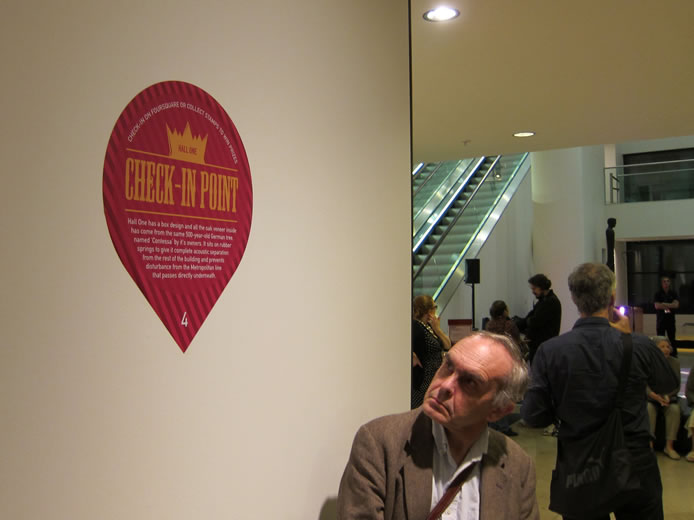 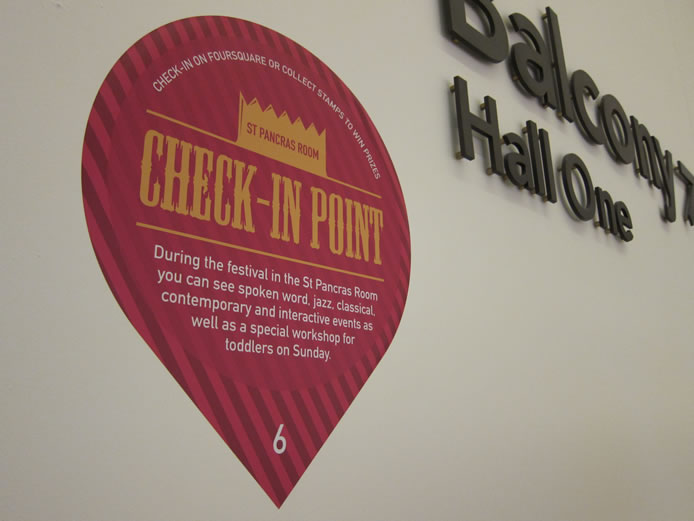